STELLARTON, NS, Oct 3, 2022 /CNW/ – Empire Company Limited (“Empire” or the “Company”) (TSX: EMP.A) is celebrating the launch of the new and expanded Scene+ loyalty program at its Western Canada stores after its debut in that region on September 22. 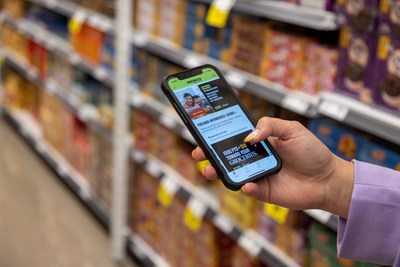 Empire became a co-owner of Scene+ in June 2022, along with Scotiabank and Cineplex. The three iconic brands are transforming Scene+ into the country’s preeminent loyalty program, enabling members to earn and redeem points on groceries and across a broad spectrum of partners.

“The Western Canada launch of Scene+ brought us some exciting firsts, including the introduction of a loyalty program in our Discount banner FreshCo. We’re thrilled with how customers in the West and Atlantic Canada have embraced the new Scene+,” said Sandra Sanderson, Senior Vice President of Marketing, Empire Company Limited. “We want to build on this momentum and look forward to launching the program at our stores and Voila delivery in Ontario next month.”

In Ontario, Scene+ will be introduced on November 3 at Sobeys, Foodland, Voilà by Sobeys, FreshCo and Chalo! FreshCo. Scene+ is the first-ever loyalty program at the province’s FreshCo and Chalo! FreshCo stores, and at Voilà by Sobeys, providing added value for their customers with an exciting new opportunity to earn and redeem points on their purchases.

Empire first introduced Scene+ to its shoppers in Atlantic Canada on August 11, followed by British Columbia, Alberta, Saskatchewan and Manitoba on September 22. The program’s regional rollout will continue across Canada through the remainder of 2022 and into early 2023 at Sobeys, Safeway, Foodland, IGA, FreshCo and Chalo! FreshCo, Voilà, Thrifty Foods, Les Marchés Tradition Rachelle Béry and company liquor stores.

“Western Canada and Atlantic Canada Scene+ members are now enjoying a new and exciting way to earn and redeem points in every aisle at Empire’s family of stores, and we’re looking forward to extending the same benefits to our members in Ontario,” said Tracey Pearce, President, Scene+. “This rollout enables our Western, Atlantic and Ontario Scene+ members to earn and redeem points as often as they want at hundreds of new grocery, pharmacy, and convenience retail locations.”

The transformed Scene+ has over 10 million members across the country and gives customers a wealth of options to earn and redeem points at a vast number of partners. Members can earn banking with Scotiabank; enjoying a night out at Cineplex theatres and entertainment venues; visiting more than 700 Recipe Unlimited restaurants across Canada, including Swiss Chalet, Harvey’s, and Montana’s; and enjoying extraordinary experiences like trip planning with Expedia. Redemption partners include retailers like Apple and Best Buy. And coming in the summer of 2023, Scene+ members will be able to earn and redeem points at Home Hardware’s close to 1,100 Dealer-owned stores nationwide.

For every 1,000 Scene+ points earned, customers at participating locations can save $10 off their select purchases at Empire’s banner stores. There are multiple ways to earn Scene+ points at Empire stores:

Scene+TM is Canada’s favourite lifestyle loyalty program that gives members something new to look forward to. Scene+ offers members rewards their way – allowing them to earn and redeem Scene+ points for entertainment, travel, shopping, dining, and banking. Members can also accelerate their earning power with seven Scotiabank credit and debit cards. Scene+ is the national loyalty partner of the NBA® in Canada. 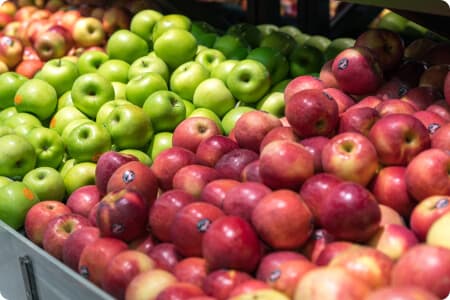